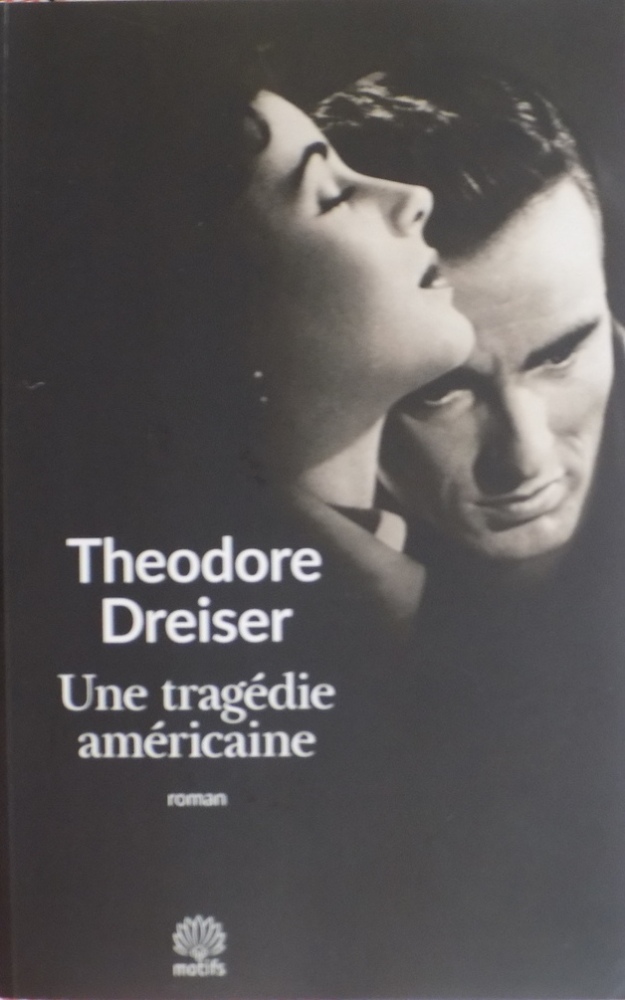 In Book Three, Chapter XXII of Theodore Dreiser’s An American Tragedy, there is an egregious typographical error, made, presumably, by Dreiser’s typist: Estelle Kubitz? Sally Kussell? Louise Campbell? Helen Richardson? — see Thomas Riggio’s commentary in the Library of America edition of An American Tragedy, pg. 966-67 — in Roberta Alden’s last letter to Clyde Griffiths, a misprint which has been preserved in all subsequent printings of the novel:

I have been biding good-by to some places to-day. There are so many nooks, dear, and all of them so dear to me. I have lived here all my life, you know. First, there was the springhouse with its great masses of green moss, and in passing it I said good-by to it, for I won’t be coming to it soon again — maybe never. And then the old apple tree when we had our playhouse years ago — Emily and Tom and Gifford and I. Then the “Believe,” a cute little house in the orchard where we sometimes played [italics added].

The word transcribed and printed in the novel as “Believe” should have been “Beehive,” which makes sense, whereas “Believe” makes absolutely no sense.

A careful examination of Dreiser’s first draft seems to indicate that he wrote “Beehive,” although it is difficult from his handwriting to distinguish between the h in “Beehive” and the l in “Believe”  Anyway, the typist read “Believe,” and the mistake was not caught in any of the subsequent prepublication stages.

It was a mistake that was not perpetuated elsewhere (in transcriptions of Grace Brown’s letters, that is, such as those published in newspapers); however, translators of An American Tragedy struggled mightily with how to render the odd proper noun).

The letters of Grace Brown (the real life prototype of the character Robert Alden in An American Tragedy) to Chester Gillette (the real life prototype of the character Clyde Griffiths in the novel) were read at Gillette’s murder trial and caused a sensation. The words “the ‘Beehive,’ a cute little house in the orchard” are rendered accurately (as one might expect) in the court transcript of the actual trial; in newspaper accounts of the trial, in which the letters were reprinted; and in a pamphlet in which the letters were published for sale at the trial.

It is, however, interesting to see what translators of An American Tragedy have done with this passage. Here’s a sampling of some known translations.

Then the ‘Believe,’ a cute little house in the orchard where we sometimes played.

Then “Besën» ─ a small. beautiful tent in the garden, where we sometimes played.

Besën is from an Albanian root word meaning something like faith, trust, or belief.

And then the cute gazebo in the [orchard?], where we played over time.

‘štĕpnici” seems to indicate a sort of garden or orchard with woody plants.

And then the fun, little shed in the orchard, where we sometimes used to play.

Then the beehive, a cute little house in the orchard where we sometimes played.

Then the “I believe it” a cute little cabin in the orchard where we sometimes played together.

… and ‘Forever Yours’, a lovely little house in the orchard where we sometimes played.

The phrase under examination has been creatively rendered as ‘Ewig dein’, which literally means “forever yours/yours in eternity”, probably resulting from an interpretation of “‘Believe'” as an abbreviation of “I believe in you/in our love”. This shows that a typing mistake can be transformed into something meaningful in both the original and the translation (the typist probably interpreted the word in a similar manner [perhaps a Freudian mistake of a typist in love with Dreiser]. Be it as it may, it fits the context.” (I thank Professor Klaus Schmidt for an email by way of explanation.)

And then “Believe”, a lovely building in the orchard where we sometimes played.

The Italian translator threw up her hands!

Professor Kiyohiko Murayama of Toyo University, Japan consulted two Japanese editions of the novel in which the passage in question varies, namely, a translation by Fukuo Hashimoto (4 vols., 1963-68) and one by Youkich Miyamoto (1970; 1975).

The phrase in question (“the ‘Believe,’ a cute little house”) was translated by Hashimoto as “‘shinrai’ to iu na no kawairashii ie” and by Miyamoto as “‘shinjiru’ to iu chiisana kawaii ie. … Now, Hashimoto translates ‘Believe’ into ‘shinrai’, while Miyamoto ‘shinjiru’. ‘Shinrai’ is a derivative from Chinese, which means ‘trust’ rather than ‘belief’, I think. ‘Shinjiru’ means ‘believe’ or ‘trust,’ sounding more Japanese, since it takes a form equivalent to infinitive in English verb conjugation. The root “shin” is a derivative from Chinese. Chinese derivatives do in Japanese what Latin derivatives in English: both of them tend to be used for conveying rather abstract concepts, such as philosophical, religious, or academic…. it would be very appropriate if ‘a cute little house in the orchard’ is named ‘Believe.’ The problem to a translator would be whether this ‘believe’ is meant to be religious, or to be of human relations. Does it mean to ‘believe in God, or have faith’? Or to ‘believe your friend’?

A Korean edition of the novel was consulted for me by Fu Hong Nie, one of my students at St. John’s University, who “decoded” the passage in question as follows:

And then, I walked to what it is called “the house of faith” which is in the snug orchard. This is also the place where I often came and played.

And the little shed behind the barn where we stayed when it rained.

“Later I was saying goodbye to the bower, the little, beautiful house in the vegetable garden where we spent a lot of time.

This is perhaps a somewhat stilted translation. The key word, “Ustronie”: means recess, place of retirement or seclusion, backwater, or secluded place.  (I thank Anita Ludwikoska for helping me with the Polish.)

Today I said goodbye to my favorite places. You know, dear, there are so many glorious corners here, and they are all so dear to me! After all, I have lived here all my life. Firstly, we have a well here, overgrown with green moss on all sides. I went and said good-bye to it, because now I won’t be going back to see it again – maybe never. Then – the old apple tree, we always played under it when we were little – Emilia, Tom, Gifford and I. Then “Believe” (or perhaps “Faith’) – a funny little arbor in the orchard- we also sometimes played in it.

And then I was at our nice gazebo in the orchard, where we fought as children.

The Dutch and Hebrew editions of An American Tragedy are abridged and omit, egregiously, Roberta’s last letter to Clyde.

The “beehive” passage occurs in Grace Brown’s eloquent and moving last letter to Chester Gillette of July 5 1907, which was used in the libretto by Gene Scheer for Tobias Picker’s opera An American Tragedy.

The mis-transcription of the “beehive” passage is discussed in Adirondack Tragedy: A Study of the 1906 Gillette Murder Case, Fourth Edition, by Joseph W.  Brownell and Patricia Enos (Cortland Press & Carbon Copies, 2017), pp. 182-183.

Among the thousands of words in Dreiser’ s book, few seem to have been written in error. It is a tribute to his assistants and to his publisher’s copy readers. One slip did occur and it came when Dreiser borrowed heavily from Grace’s last letter – the one in which she said goodbye to her favorite places. The words are extremely close to Grace’s own.

It was the word believe over which Dreiser or his proof readers tripped. Most of the paragraph was lifted bodily from Grace’s last letter which spoke of a beehive in the orchard.

Most readers slip by this line without questioning the strange presence of a verb used as a noun. Translators however, have found it to be a stumbling block. Dreiser had intended that the novel should be a social document and in the Soviet Union it was warmly received as an indictment of the American social system. Soviet translators encountered the word and rendered it into a Russian form of “belief:’

The German translator attempted to replace it with a colloquial phrase to which his readers could relate. In the German edition the word “believe” is rendered as “ewig dein” which roughly translates as “forever yours:’ It has been said that this phrase has been carved on half of the tree trunks of Germany and perhaps this is what the translator saw in the farm’s orchard.