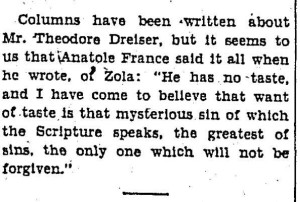 Posted here is an excellent review by Arun Mukherjee, a professor at York University and author of The Gospel of Wealth in the American Novel: The Rhetoric of Dreiser and Some of His Contemporaries:

“The Man Who Knew Why Women Sinned”

The Globe and Mail (Toronto, Canada) 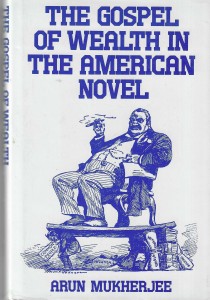 The nearest analogy to Dreiser’s “personal” realism is to be found in the painter Edward Hopper, who shares Dreiser’s passion for transcendentalist writers, for images of trains and roads. Despite his similar choice of “ordinary” subjects, Hopper has written that his aim “has always been the most exact transcription possible of my most intimate impressions of nature.” One critic has said that Hopper’s pictures–a silent city street early on a Sunday morning, a Victorian house by a railroad track, an usherette musing in the corridor of a movie theater–are astonishingly poignant “as if they were familiar scenes solemnly witnessed for the very last time.” One feels in the awkwardness, the dreaming stillness of Hopper’s figures the same struggle to express the ultimate confrontation of men and things that one does in Dreiser’s reverent description of saloons, street-cars, trains, hotels, offices. The beauty of such realism, which contrasts with the photographic exactness of a Charles Sheeler, is inevitably allied to a certain pathos. Just as in An American Tragedy one feels about Clyde Griffiths’s exultant discovery of hotel luxury the pitiful distance between the boy and the social world of tawdry prizes that he is trying to win, so in Hopper’s street scenes and lonely offices one can visualize the actual unrelatedness between men and the objects they use every day. It is one of the paradoxes of modem art that the more “external” and ordinary the object portrayed–a city street in Hopper, the complex record of a stock deal in Dreiser–the more personal is the emotion conveyed. The emotion consists in exactly this surprise of attachment to the world that so often dwarfs us. An American Tragedy begins unforgettably with a picture of a small missionary family in a big city, engulfed by the tall walls in its commercial heart; Sister Carrie is stupefied by the immensity of Chicago, and when she asks for work at Speigelheim and Company, is looked over by the foreman “as one would a package”; even Cowperwood, magnetic and powerful as he is, is surrounded by “the endless shift of things,” first in Philadelphia, then in Chicago. But it is the haunting feeling for things that the hero of The ‘Genius,’ a painter, conveys in his pictures of the Chicago River, the muddy industrial stream that significantly moves Witla to a “panegyric on its beauty and littleness, finding the former where few would have believed it to exist.” Later in New York, Eugene does a picture of Greeley Square in a drizzling rain, catching “the exact texture of seeping water on gray stones in the glare of various electric lights. He had caught the values of various kinds of lights, those in cabs, those in cable cars, those in shop windows, those in the street lamp–relieving by them the black shadows of the crowds and of the sky.” This might be a picture by Alfred Stieglitz. Despite the personal vulgarity and tinsel showiness in Dreiser’s style, his fundamental vision of things is always the artist’s. 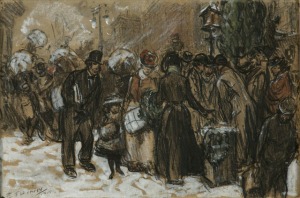 On the walls of a Manhattan gallery last week hung some of the best paintings recently produced in the U.S. In the center of the room towered a high-domed, uncomfortable-looking gentleman, who questioningly pointed out first one of his pictures and then another to a small cluster of admirers. He heard their praises in silence, with an expression of kindly gloom. When the chatter died away, Edward Hopper’s paintings spoke for him, and spoke with concentrated force.

Manhattan’s classy, glassy Museum of Modern Art owns seven of his pictures, but except for his preoccupation with subject matter that is not conventionally beautiful, there was never anything “modern” about Hopper.

For Hopper, “nature” is largely man-made (the glare of electricity and the harsh jumble of U.S. cities and towns fascinates him) and it consists more of what he remembers than of what he sees. His big, cleanly painted canvases look like windows on simplified reality.

No Waiting. Rooms for Tourists was a literal portrait of a house in Provincetown near where he spends his summers. He had parked in front of the house evening after evening, making sketches by the dome light in his car. “Mrs. Hopper thought I should let the landlady know what I was doing out there,” he says, “but I didn’t want to intrude.”

Rooms for Tourists, like most of Hopper’s work, has the strange clarity of something seen once for an instant by a passing driver. It is a familiar vision without any of the dullness familiarity brings. The house looms sharply in the long darkness of the night, and the light shining from its windows is warm as bed. The impression, and the invitation, are instantaneous; the road leads on past.

A road cuts across the foreground of most of Hopper’s paintings. Sometimes it becomes a city street, or a railroad embankment, or a porch step, but it is there–a constant reminder of transience.

Born 65 years ago in Nyack, N.Y., Hopper has been following the painter’s road for nearly half a century. He was lucky enough to study with Robert Henri, whose “Ashcan School” of urban realism neatly fitted his own natural bent, and he later made three trips to Paris (where he imitated the impressionists but made no contact with young moderns like Picasso). For a long time Hopper’s road was a rocky one. He sold only two paintings in 23 years, supported himself by doing commercial illustrations, which he hated. Says Hopper: “I was a rotten illustrator–or mediocre, anyway.”

No Impulse. Hopper did not hit his stride until middle age, when sudden fame as an interpreter of the American scene–a sort of Theodore Dreiser in art–freed him. Nowadays, Hopper and his wife, who keeps her own painting studiously in the background, can afford a house on Cape Cod as well as their Manhattan studio apartment overlooking Washington Square.

“I wish I could paint more,” Hopper says. “I get sick of reading and going to the movies. I’d much rather be painting all the time, but I don’t have the impulse. Of course I do dozens of sketches for oils–just a few lines on yellow typewriter paper–and then I almost always burn them. If I do one that interests me, I go on and make a painting, but that happens only two or three times a year. . . .”

Hopper’s Summer Evening, a young couple talking in the harsh light of a cottage porch, is inescapably romantic, but Hopper was hurt by one critic’s suggestion that it would do for an illustration in “any woman’s magazine.” Hopper had the painting in the back of his head “for 20 years, and I never thought of putting the figures in until I actually started it last summer. Why, any art director would tear the picture apart. The figures were not what interested me; it was the light streaming down, and the night all around.

“. . . To me, the important thing is the sense of going on. You know how beautiful things are when you’re traveling.” 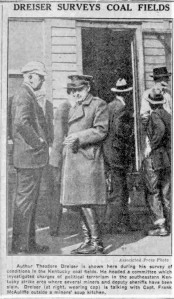 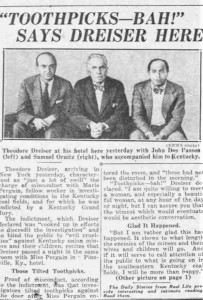 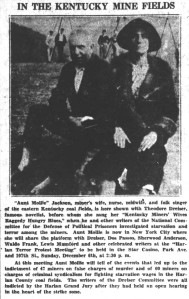 “The Life of Dreiser’s Last Party”

“The Death of Dreiser”

Esther McCoy (1904-1989) became acquainted with Dreiser in the 1920s. After graduating from the University of Michigan, she moved to New York to pursue a career as a writer and was a researcher and editorial assistant to Dreiser, who was then living in Greenwich Village. She had a fling with Dreiser.

The “Berk” mentioned in McCoy’s article was Berkeley G. Tobey (1881-1962), to whom McCoy was married at the time of Dreiser’s death. Tobey had multiple spouses; he was married briefly to Dorothy Day.

McCoy mentions Dreiser’s “nephew.” This was Harald Dies. He was not Dreiser’s nephew. He had just completed service in the US Army. Harold was a cousin of Helen, who herself was a second cousin of Dreiser. Harold James Dies (1914-2012) became Trustee of the Dreiser Trust.

I have also posted  here (PDF above) an article of McCoy’s on Dreiser published in the Daily Worker of January 14, 1946. 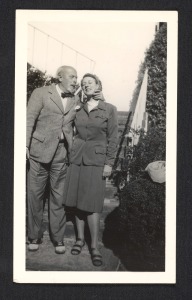 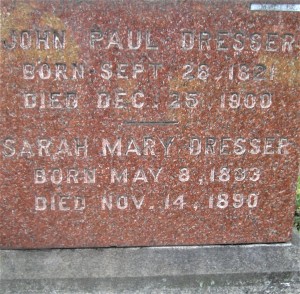 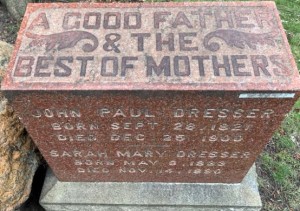 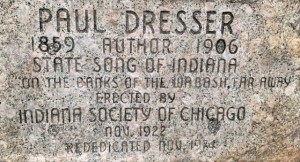