Theodore Dreiser’s sister Clara Clothilde Dreiser (1868-1918) was known as Claire. She married Thomas Dowd, a mine supervisor, in Phoenix, Arizona on  April 12, 1898.

Mr. Thomas P. Dowd, superintendent of the Crown Point mine, and Miss Claire Dreiser were married in this city on Tuesday night [April 12, 1898]. They will remain in town for a few days after which trey will return to the northern part of the territory. Mr. Dowd is expected to leave for the Klondike shortly.

Thomas Dowd, formerly foreman of the Crown Point mine, has gone to the Klondike with his bride.

She was married to Edwin Davis, a scenic artist, and lived in Chicago.

The attached article about her death at a train crossing is from the Chicago Daily Tribune of October 23, 1897.

His wife, Gunda Ryerson Nelson, was born in Norway and died in Freeport, Nassau Co., NY on December 7, 1944. 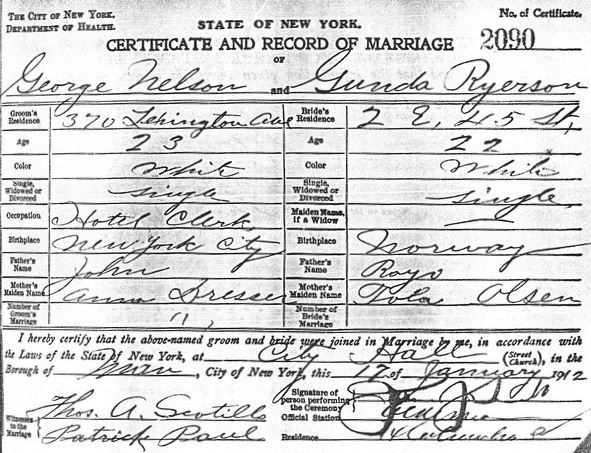 Gertrude Amelia Hopkins (1894-1973) was Theodore Dreiser’s niece. Below is an image of her death certificate.

Note: The late Harold J. Dies gave me a copy of Gertrude Hopkins’s death certificate. I would not have been able to obtain one otherwise, since only relatives can obtain such a record from the state of New York. It is an invaluable document. Gertrude was Theodore Dreiser’s favorite niece and knew Dreiser and his second wife Helen well.  See my article

posted on this site at
https://dreiseronlinecom.wordpress.com/2016/10/08/roger-w-smith-lorenzo-a-hopkins-emma-wilhelmina-dreiser-and-family/

Hopkins and Emma were the real life prototypes of Hurstwood and Carrie Meeber in Dreiser’s Sister Carrie. 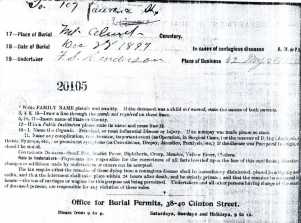 George Kates Nelson (1892-1955) was Theodore Dreiser’s nephew. He was the son of Lorenzo A. Hopkins and Dreiser’s sister Emma Wilhelmna Dreiser. 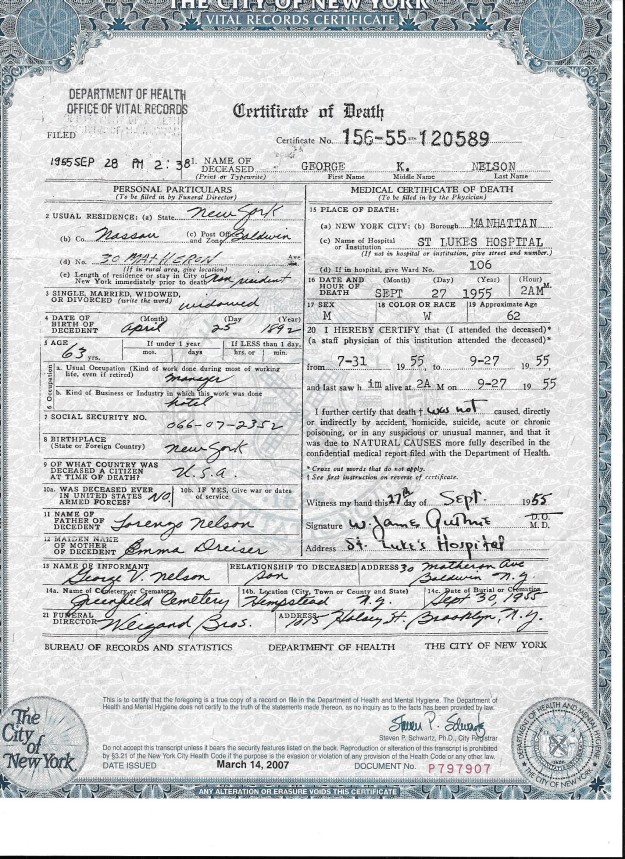